Everything we do and will do while we are alive can take on so much more meaning if examined and accomplished against the background of this richly poetic statement of St. Augustine in his book, City of God. We are never alone. We are not cut off from each other, or from God – unless we forget and are simply not aware. The key is to keep these truths within our awareness, somewhere in the back of our minds. It’s a struggle to do this, sure, but then that is the point of St. Augustine’s book. If one looks at the world realistically, we see that the struggle to love is always going to be there. But look at the successful end result of this struggle! God’s Kingdom is victorious! The City of God is where we will live! Isn’t this worth the struggle?

By the time you read this, we would have already graduated our eighth grade class. They are and will always be a wonderful group of people – students now and the leaders of tomorrow. I can imagine that when the Roman Catholic Church instituted its school system, it was with the sentiment of St. Augustine in mind. If we were to educate our young people with the deep teachings of Christ in mind; teachings that have the power to transform hearts along with minds, then we would be closer to the final establishment of the Kingdom of God. It’s not that the total struggle is up to them; rather, they would be taking over where we left off. Obviously, when we talk about educating people along Catholic lines of thought, we cannot exclude ourselves from the equation.

Can there ever be a day off from this task? When looking at the world situation and the needs that constantly put themselves before our gaze, who can answer “yes?” What has to be kept in mind is that we are not talking about any specific task that we could take a day off. We are talking instead about the constant concerted effort to be as loving as we can. This is the foundation of our lives, and as such becomes the foundation of the City of God. If we can prayerfully aim our lives to be always in love; to be forgiving, patient, encouraging, with our sight always on God, then the needed tasks will become apparent. But if I am more loving today than I was yesterday, then today I will notice the task, for yesterday I may have been oblivious to it. Spiritual practice allows us to be aware. Sin narrows our vision, and just does not permit the successful accomplishment of needed tasks. That’s why we can talk about “sin in the world.” Over the centuries, peoples’ vision has maintained a narrow focus. And Christ continually encourages us to broaden our vision until it becomes easy to see what loving action needs to be done. When that day comes, the City of God is here.

So, we are left with a paradox of sorts. We are all facing vacation time. Yet, on some matters at least, foremost being the practice of our faith, there can never be a vacation. Our students have graduated, yet there is so much more to learn, for them and for us. 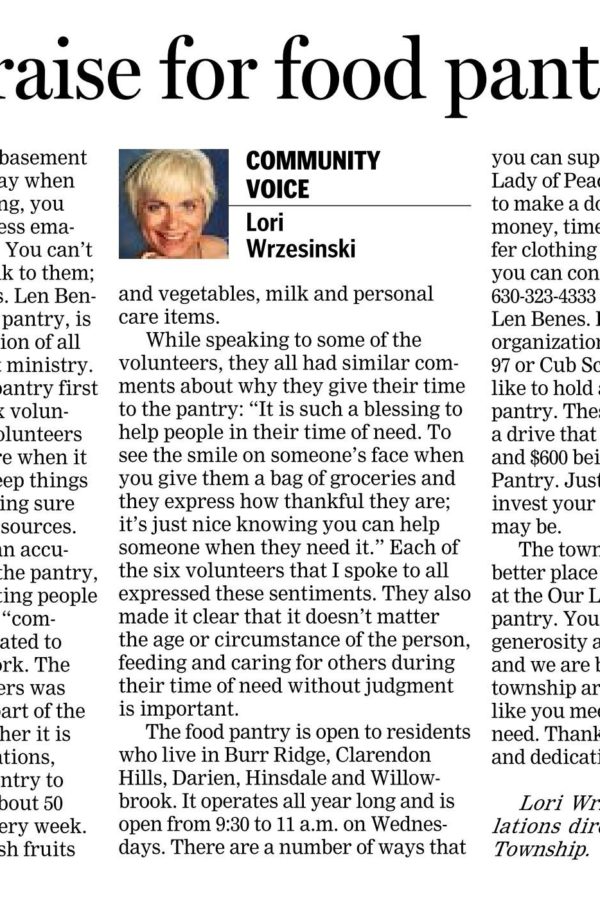 In answering such a question, as the title indicates, it is quite important to look at how we naturally are.

The list can be extended quite a bit more, and we know this. We can judge other people, express our anger against others, doubt our religion, etc., and all within the privacy of our minds. But there is the problem! I used the word “private” deliberately, because that is the sense that most people also believe. We believe that our thoughts are indeed private, and therefore hurt nobody – especially not ourselves.

It is interesting to learn that for centuries the Catholic Church believed that sin began in our minds. Hey! When I was a child and learned to confess my sins, we had to confess not only what we did. Then we had to confess what we could have done but didn’t, much like a virtuous deed. And last of all, we learned to confess our thoughts! Now why would we do that if sin didn’t really begin in the mind? But the truth was that it did! The Church always knew this and we were taught it! Now we knew it! And as a result, we had to confess these things too. The advantage? By engaging in these practices, we learned something about self-discipline. Better yet, we TRAINED our minds to accept what amounts to really needed discipline, and where it counts too. Which is in our very minds themselves and the thoughts it generates – and which we inadvertently embrace.

Now the methods that I learned as I grew up, and particularly in my Catholic Grammar School, were initially rather basic. Had to start somewhere, I suppose! So, like any Catholic today we went to Mass, went to Confession, learned to say the rosary, and the basic tenets of the Catholic faith by means of the Baltimore catechism. But then we were further taught what was called “Ejaculations” such as “Jesus, Mary, and Joseph, I love you!” There were many other lines such as these, and we memorized them all. And, of course, at noon we said the “Angeles.”

Many of such practices have fallen away these days. In my opinion, the lack of such practices accounts for much of the negativity we see happening in our society today. Yes, there are external causes, but we don’t have to surrender to any negativity arising within us as we interpret what we see. We can discipline ourselves not to!

I recommend highly that we begin or rebegin such practices now. This the 100th anniversary of Our Lady of Fatima. What a good opportune time to delve more into the rosary. And through the day, say in our minds, “Jesus, Mary, Joseph, I love you!”